Intro to Credit Unions in Canada 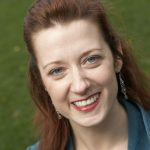 Have you ever taken a good look at the interest your general chequing account earns at one of the big banks? It’s likely you may not have given it much thought at all, as the amount is probably so low you wouldn’t even have noticed the monthly pittance being deposited into your account. In my case, for a chequing account that held nearly $2000 for much of last month, I earned a grand total of $.07 (no, there’s no error with the decimal point, I really mean seven cents).

Underwhelming features like low chequing/savings interest rates combined with ever-increasing account fees are causing more and more Canadians to consider moving their money to a credit union. Before you join in, familiarize yourself with how credit unions operate and with what their strengths and weaknesses are as financial institutions.

What Exactly Is a Credit Union?

Overall, credit unions in Canada are quite similar to banks. They are full-service financial institutions that feature many of the same account types and products that banks do. They have savings and chequing accounts, as well as credit cards, and can also provide investment advice and give out loans and mortgages.

According to the Canadian Credit Union Association, “More than 5.7 million Canadians trust their local credit union as their partner for day-to-day banking…While each credit union is independent and locally controlled by its member owners, all credit unions share a common bond: a dedication to the people and communities they serve.”

The above quote captures the true difference between a credit union and a bank: its overall structure and “raison d’etre.” Banks are large, for-profit corporate entities that make money primarily by charging interest on loans. Credit unions, on the other hand, are not-for-profit co-operatives that are owned and run by a volunteer board of directors that is democratically elected by members. Members are generally comprised of those in the local communities serviced by the credit union.

What Is the Main Purpose of a Credit Union? 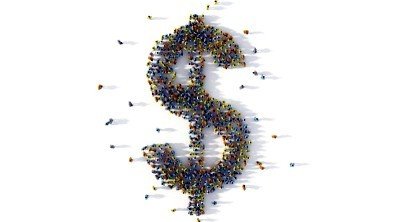 As the Canadian Credit Union Association proudly states, “Credit unions are focused on keeping money in the pockets of their members, helping communities prosper and partnering for public policy solutions.”

The overriding ethos of any credit union in Canada is to put people before profits. That means serving the financial needs of the individual, the community and the small-to-medium businesses that make up the micro economy of a neighborhood. Unlike with traditional banks, where profits are used to enrich and develop the corporation and give dividends to shareholders, a credit union’s mandate is to reinvest its profits into the community by providing yearly dividends to its members and by promoting local charities or community initiatives.

It may be hard to imagine, but until the turn of the 20th century banks almost exclusively served large corporations and the wealthy. For the most part, the working class had little or no access to banks and could not apply for loans or open chequing accounts. They would often have to turn to unofficial and unregulated “money lenders” who would loan money to people at usurious rates of interest. In response to this financial inequity, workers (initially in Europe where credit unions began) would ban together and pool money and resources to help fellow workers or community members through tough financial times.

In Canada, the first credit union (called “caisse populaire” in Quebec) was launched in 1901 (interestingly, seven years before the first US credit union was founded) in Levis, Quebec by journalist Alphonse Desjardins. Today, there are upward of 300 different credit unions serving Canadians across the country.

What Are the Benefits of Using a Credit Union?

What Are the Drawbacks of Using a Credit Union? 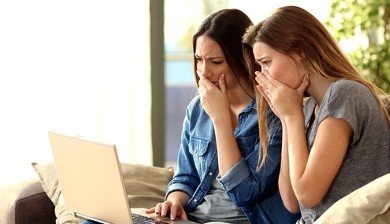 Credit Unions are appealing for their member-first, community-first focus, but they have some disadvantages as well.

How to Join a Credit Union 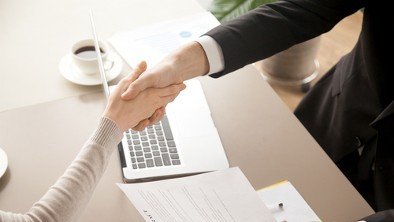 Earlier I mentioned that a credit union is essentially run by its members—but what exactly is a member and how does a person become one? How you join a credit union underscores another of the key differences between a credit union and a bank.

Unlike with a bank where you become a client simply by opening an account, with a credit union you become a member rather than a client. Generally, to join your local credit union—which is a co-operative in the true sense of the word—you must become a member by buying a set number of shares. These shares are what give you part ownership (along with all the other members) of the credit union. Shares are usually very inexpensive, averaging about $5, and you may be asked to buy one or as many as five shares. It’s interesting to note that because community banks are people-centered rather than profit-centered, many will make allowances for low-income individuals who may have trouble meeting the minimum number of shares.

When you buy the shares, you become a full and equal member of the community bank. Regardless of your income, credit rating or how much money you invest with the credit union, all members have the same voting and ownership rights. Each member can vote for the board of directors and has an equal voice in the running and management of their credit union.

As most credit unions are provincially regulated, there are no standard rules as to who can become a member. Many smaller credit unions often require that you show some form of proof that you live, go to school or work in the community. Larger credit unions, like Meridian for example, have no such local requirement and anyone who lives or works in Canada can apply for an account.

If you’re interested in joining a credit union, a good first step is to go to the Canadian Credit Union Association’s website and use their locator to see where your nearest local credit union is located.

Who Should Consider Joining a Credit Union?

As we’ve briefly touched on, credit unions are especially appealing to people who are fed up with banks that continue to increase fees and do little to improve customer experience. Yet even though credit unions have the same services and products as traditional banks and offer lower fees and better customer service, they don’t seem to be doing much to erode big banks’ domination of the financial services industry.

Unfortunately, credit unions simply don’t have the funds that major financial institutions do when it comes to marketing their services and gaining new customers. Their often ho-hum websites also don’t do much to attract the tech-hungry younger generation. For these reasons, credit union customers tend to skew older.

But just because credit unions presently attract an older client base, however, doesn’t mean they will only ever appeal to older generations and are thus poised to become irrelevant. Some financial experts predict just the opposite, in fact. A recent Inc.com article points out that Millennials espouse many of the same values credit unions embody, such as the importance of supporting small businesses and local communities, as well as prioritizing personalized service.

If credit unions can continue to put energy and funds into embracing technology and begin offering mobile and online banking models that are on par with the big banks, there’s no reason that they shouldn’t become a very attractive alternative banking solution for all generations of Canadians.

Time for a Change?

After becoming fed up with meager interest rates, unimpressive service and rising fees, I generally left big banks behind years ago. Today I rely mainly on alternate banks like Tangerine, Wealthsimple for investing, and a no-frills Simplii (which was PC Financial when I joined) bank account that I use if I need quick cash. While a credit union isn’t necessarily right for everyone, I think it’s definitely an option worth exploring if you can live with drawbacks like a lackluster website and a smaller spectrum of account and investment options.

Wondering about transferring RRSP’s/RIFs/TFSA, facility in withdrawing cash, online banking, bill payments, and other services we now take for granted with banks. Would credit unions be affected the same as banks in a depression, or bankruptcy of the country. I’m thinking of the bail-in clause in the Federal budget 2015/16, page 223, trudeau put in place to take our $ to cover his wasteful spending. Thanks.

Appreciate you coming to comment with us. We’re not exactly prepared to comment on federal policy, but if you’re worried about how your money is spent and how safe it is in a federally chartered bank, then you have little to fear. If the government holds your money in a bond and goes bankrupt, then we can’t imagine that putting your money elsewhere in anticipation of this event would have a better outcome. Governments that can’t pay back their bonds are functionally not existing, and no organization has more power to prevent its own collapse than a government. There’s no decentralized environment or alternative investment instrument that’ll be better, realistically.

Why? Well, thanks to the savviness of the Office of the Superintendent of Financial Institutions (OSFI) and its oversight of our banks, Canada’s banking system is the “soundest in the world” for 8 years running. This is good for Canadians who have the types of worries you do. Hope you’ve been soothed!

Royal Bank ditched their no-fee eAccount for small businesses 3 months ago. Now they charge a minimum $5 fee. I was looking for alternatives and came across your post. BMO has a no-fee business eAccount, but now I’m looking to move all my banking. I too bank with Simplii (was PC finanical when I joined), Tangerine (was ING when I joined). I don’t mind paying for services I use. The RBC business account I have has not changed other than the new minimum monthly fee. The only thing that has changed is my level of disgust at their level of greed.

The reason we make sure to include fees on all our reviews is because people don’t want to be charged extra just to use banking services, especially where they already hold all their money! Regardless, we’ve got the freedom to keep our money elsewhere, and moving it is easy if you know where and what you want. Since the Small Business eAccount is changing to the RBC Digital Choice Business account, we’d recommend their direct competitor BMO. That’ll be sure to rustle their feathers, and consider for a moment that if you threaten to move your money, RBC may choose to grandfather you into the old terms instead of losing your business.

Regardless, we see that the BMO eBusiness plan has a $0 monthly fee and other nice features, such as 2 free Interac transfers, unlimited other transactions, and low fees for withdrawing and depositing cheques ($0.20 for deposits and $1.25 for debits). This could be a good alternative, but otherwise, it may indeed be a good idea to check local credit unions since your post seems to indicate this is on your mind. Best of luck!

greattt feed of info thanks