What Does Biden's Win Mean for Your Investments? 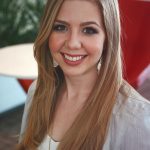 Now that the economic superpower is about to usher in a new leader, how will that impact your investments? The US stock market is the largest in the world, so it seems only natural the president of the United States would have an influence on the performance of your portfolio.

Turns out, that’s not necessarily true.

How Much Does the President Really Affect the Stock Market?

The “Presidential Election Cycle Theory” crafted by Yale Hirsch in 1968 provided a predictable model to guide your portfolio through presidential elections. Hirsch suggested you make your investments on October 1st of the second year of a presidential term, then sell on December 31st of the fourth year. It rests on the expectation that the markets go down the first year a president takes office, then turn around and go up for the remaining 3 years of their term. However, this method didn’t apply when Obama took office in 2008, and then Trump after him in 2016, and the stock market surged in the first year of both president’s terms.

Historically, while it seems a president can cause a short dip or rally with a policy announcement, for the most part the stock market tends to ignore the POTUS, no matter where we are in an election cycle. 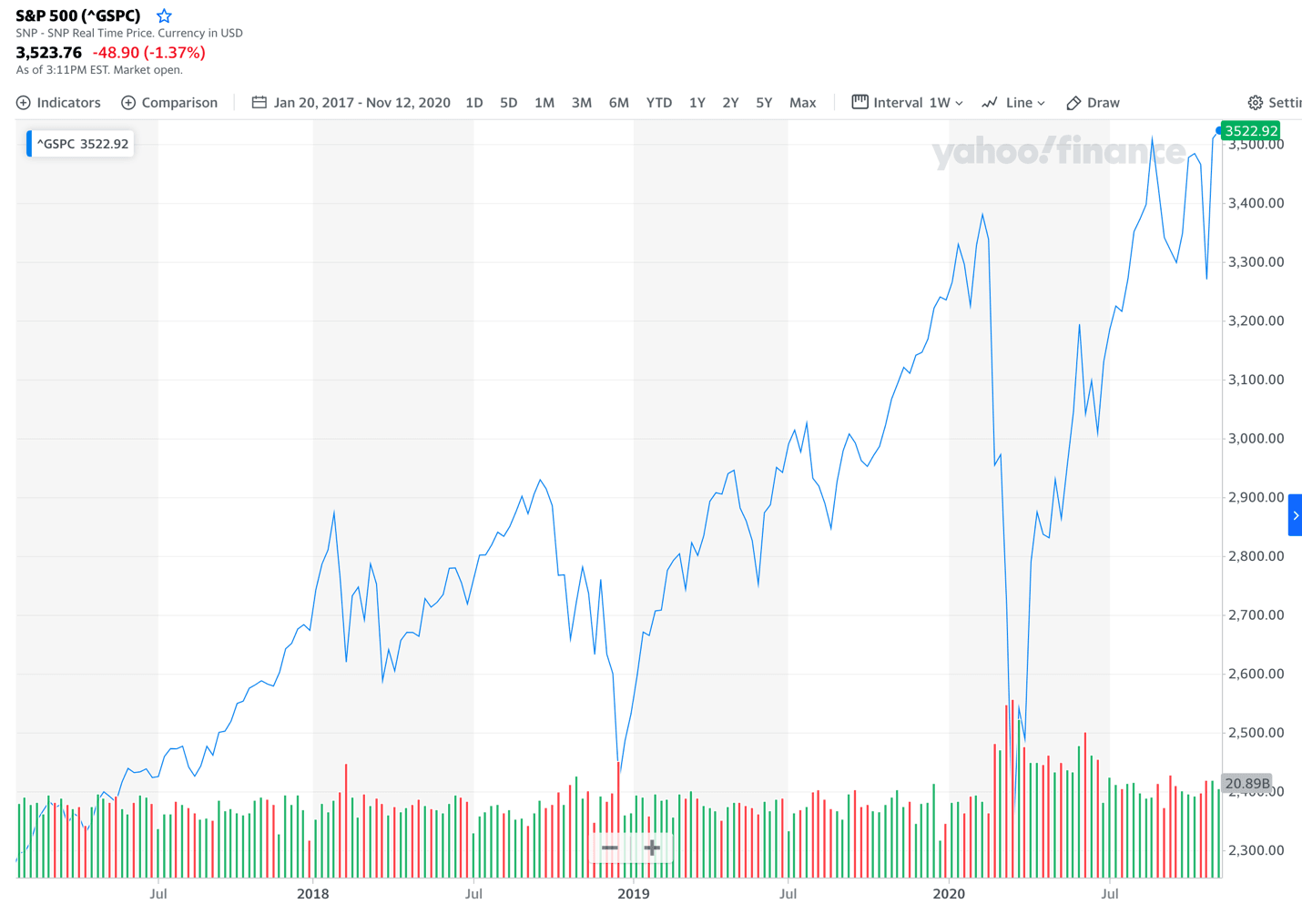 Every single year since he was elected, the stock market has rallied higher, usually with double-digit gains, and Trump has taken credit for it the entire time. However, if he was really responsible for this unprecedented growth during his leadership term, we would expect the market to crash if he were to lose the election.

That’s not what happened.

The US stock market by about 6% at the end of October from its highs earlier that month, right before the presidential election was scheduled the following week. However, the market began to move higher once voting took place, and continued its upward trajectory even in the days that followed as we waited for a new president to be announced. As Biden crept ahead in the poll results, stocks followed suit inching about 2% higher. As of November 12, 2020, the stock market is still up more than 6% for the week.

Conservative bears predicted the stock market would fall if Biden was announced as president. They thought his plans for higher taxes and more economic stimulus payments for American citizens would strangle the unparalleled growth we’ve enjoyed in the financial markets under Trump’s leadership. However, the opposite turned out to be true. The day after Biden was announced as the likely winner of the election. The S&P broke 3,600 and the DOW Jones boasted some of its highest single-day gains ever settling just under 30,000.

Biden’s victory coincided with announcements from Pfizer for a COVID-19 vaccine, which further buoyed up markets under the optimism of economic recovery. Investors enjoyed as well as the hope of easing lockdown restrictions and resuming regular activities. If you had invested in a US stock market ETF on election day November 3rd, you’d be up nearly 10% overall just one week later on November 11th.

Technically, Biden will not become president of the United States until his inauguration on January 20th, 2021. In the meantime, Trump remains the leader of the world’s greatest superpower.

However, now that it’s clear Trump is not returning for a second term, his words and actions will have less of an impact on US stock markets than ever.

In the long term, the performance of the US stock market will actually have less to do with the president himself and more to do with local and global economic events. As always, no one can predict the future, so no one can say with certainty what challenges the new president will face over his first term.

Experts are optimistic that we will continue to see stock market gains with Biden in office. Because Republicans have retained control of the senate, there is less fear about excessive regulation of banking, technology, and energy. Furthermore, many are expecting a less hostile and more collaborative approach to global trade relations that could improve the overall global economy. At this point, these predictions are purely speculative but at least they are optimistic. As of right now so much hinges on what happens with COVID19 in 2021.

But if you don’t know what to expect, how can you make an investment strategy that ensures your portfolio will grow?

How You Should Invest with Biden in Office

No matter what side of the border you live on, a passive approach to investing using index funds is still the best way to build your portfolio. Broad market ETFs that replicate the US stock market, as well as those that track the Toronto Stock Exchange and other global stock markets are the best selections for your portfolio.

The best way to invest for the long-term is to use a robo-advisor that will automate your investments for you. Wealthsimple will invest in the stock market on your behalf, based on your financial goals and risk tolerance. You won’t have to agonize over picking the right stocks, minimizing taxes, reinvesting dividends, or rebalancing your portfolio because they’ll take care of all of that for you. Whether you’re a new or seasoned investor, a robo-advisor portfolio is an ideal way to take a hands-free and worry-free approach to the stock market.

If you are planning to add individual stocks to your investment portfolio, focus on the industries that will likely see growth under the new president. As a Democrat, Biden is an advocate for more social safety nets, clean technology to combat climate change, and accessible, affordable healthcare.

Assuming the COVID19 vaccine is a success, Pfizer $PSE could have a place in your portfolio. Likewise while so many rely increasingly on technology to work from home, Microsoft $MSFT, Apple $AAPL, Google $GOOG, and Zoom $ZOOM will remain essentials. Don’t forget that as we continue towards a touchless, cashless society players like Shopify $SHOP, Amazon $AMZN, and Square $SQ are more important than ever.

When it comes to buying stocks, you want to choose a low-commission discount brokerage like Questrade or Wealthsimple Trade. Because commissions can significantly reduce returns, particularly if you’re going to do any kind of active trading, you want to find an online broker that charges very low or no fees at all. With GreedyRates, you can get $50 in free trades from Questrade or $25 cash bonus with Wealthsimple Trade if you open an account make a minimum deposit of $100.

Whatever you do, don’t stay out of the stock market waiting for the perfect time to invest. There is no perfect time! No matter who is in the US presidential seat, waiting to invest in an effort to time the market is the biggest mistake you can make.

Historically, presidential elections have less of an impact on the stock market than you would expect, and Biden’s win is proving to be no different. If you’re waiting to make investment decisions based on what either Trump or Biden is doing, stop. It’s a great time to invest, no matter who is sitting in the Oval Office.

Total Articles: 48
Bridget Casey is the award-winning entrepreneur behind Money After Graduation, a Canadian financial literacy website aimed at 20 and 30-somethings. She holds a BSc. from the University of Alberta, and an MBA in Finance from the University of Calgary. She has been featured as a millennial financial expert by Yahoo! Finance, TIME Magazine, Business Insider, CBC and BNN. Bridget was recognized as one of Alberta's Top Young Innovators in 2016.
Read more from this author