Unbanked – Why Are Canadians Turning Away from Traditional Financial Institutions?

With the banking industry so large and ubiquitous in Canada, it can be difficult to imagine that anyone in the country could ever be ‘unbanked.’ But they are out there—6% of Canadians are unbanked in the classic sense of the word, meaning they don’t have a chequing or savings account of any kind.

Though this rogue approach to personal finance is generally unadvisable, the concept of being unbanked has evolved in modern times to include a wider number of us than you may realize. You might even be unbanked in some way without knowing it.

Who Are the Unbanked in Canada?

Today there are generally three categories of people who define themselves as unbanked: 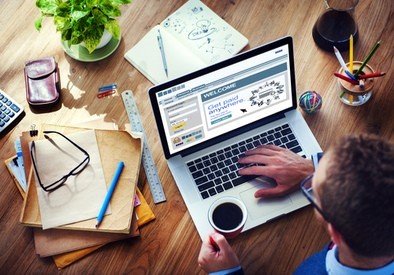 In 2016, Mintel’s research showed that the unbanked are more open to peer-to-peer lending and virtual banks—banks that don’t have physical branches and provide financial services via a website or an app. Widely-known virtual banks in Canada include EQ, Manulife Bank and Tangerine. Peer-to-peer lenders lend money via online platforms without a physical intermediary. Some of the best-known peer-to-peer lenders include Loans Canada, LoanConnect and Borrowell.

Virtual banks and peer-to-peer lending are relatively new concepts, and have characteristics that will suit some consumers very well and others not at all.

Companies like EQ Bank and Tangerine skip the substantial overhead costs of maintaining physical branches, and this allows them to pass on the savings to their customers. Monthly banking fees are reduced or completely eliminated, and there are typically no minimum balance requirements. The branchless might also benefit from unlimited transactions, free electronic funds transfers and higher interest rates on savings and investment accounts than they would get from a traditional bank.

* Interest is calculated daily on the total closing balance and paid monthly. Rates are per annum and subject to change without notice.

Digital financial institutions may also offer innovative, hybridized products and services that traditional banks don’t. A good example is Wealthsimple, whose Wealthsimple Cash product aims to combine the interest of a savings account with some of the functionality of a chequing account. Chequing-like features for Wealthsimple Cash—including a prepaid card, bill pay, and ATM withdrawals—are yet to debut. But if all its planned functionality is realized, Wealthsimple Cash will likely lure many Canadians away from old-school bank accounts and into unbanked territory.

Branchless customers are completely untethered. Not only do they pay bills, transfer funds and receive or send money from anywhere on any mobile device or desktop, but they can also apply for a mortgage, line of credit, RSP or other investment. Sure, there are apps for the big banks too, but they’re often still integrated with going into the branch to discuss loans and investing. If you’re already independent-minded or too busy to want to meet with a financial services professional inside a physical building, branchless banking might be for you.

But not everyone is comfortable with digital-only banking. Though Tangerine does have its own version of branches (called ‘cafes’) and various pop-up kiosks, they are only in major Canadian cities and are generally geared toward opening accounts and applying for the Tangerine Money-Back Credit Card, rather than servicing existing customers.

“When it comes to Tangerine, in my opinion the pros and cons are roughly similar to a brick and mortar bank, but people may want a physical branch because they’ll say, ‘What if something happens? I want to be able to go somewhere,’” says Dylan Gordon, an applied anthropologist at the University of Toronto who works in financial services innovation. “I think people still have that psychological barrier to their money not having a physical presence.”

Not Connected to the ATM/Debit Network

While it’s easy to manage your account and pay your bills if you go branchless, it’s more difficult to actually get your money out as cash. “EQ is another level down because it’s not connected to the ATM network,” says Gordon.

Cheques are also not available, but what you can do is transfer money between EQ and any other linked account that does have ATM access as well as transfers between EQ accounts. You can also transfer money using e-transfers, but you only get five free transfers per month. After that, it costs $1.50 within those 30 days.

Tangerine is a bit more cash friendly, as it is integrated into Scotiabank’s ATM network, but more and more people are going cashless these days, so this one is more a personal preference.

Product and Service Options Are Limited

Branchless banks typically don’t offer as many services or products as their traditional banking counterparts. EQ currently provides only a savings account and GICs; Tangerine offers chequing, savings, investments, loans (including mortgages) and credit cards, but there are only one or two unique products in each of those categories. Traditional banks typically offer the full gamut of financial product categories, with special products for different types of consumers (small business owners, seniors, immigrants, etc.) 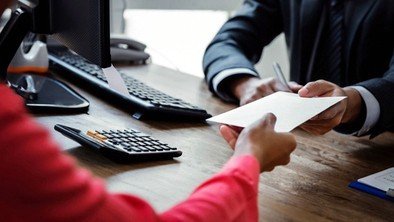 Research from Mintel indicates that 28% of Canadians are underbanked—they have a basic bank account, like a chequing account, but use an alternative financial services provider for everything else. According to the Canadian Consumer Finance Association, over 2 million Canadians turn to alternative loan providers because they don’t qualify for a loan from a traditional financial institution. Though this indicates they’re not underbanked by choice, there are nonetheless perks to using alternative credit providers.

Those who apply for a loan or line of credit from a bank typically need a good to excellent credit score to be approved (depending on the amount of the loan). The application also requires a credit check and some applicants may need to present tax filings to prove a certain amount of annual income for at least two years. The underbanked may gravitate to alternative financial providers as a means of avoiding the bureaucracy of a traditional bank.

“If you talk to customers who use our service, convenience is certainly a factor,” says Tony Irwin, president and CEO of the Canadian Consumer Finance Association, which represents the majority of Canada’s regulated small-sum, short-term lenders.

“They like the fact that they’re able to come in and obtain a loan relatively quickly without all of the hoops they’ve had to go through at other places.”

Filling out the paperwork to apply for a loan through a traditional bank could take an hour. But application requirements from alternative, short-term lenders are typically less complicated: applicants usually need to provide proof of a steady income, a checking account, an email address, a phone number and government issue ID, with additional documents possibly required for first-time borrowers.

What’s more, bad credit will not necessarily preclude applicants from obtaining a loan and approval is generally more likely than it would be with a bank. Alternative lenders also loan amounts between $120 to $1,500—much lower than traditional banks are willing to lend.

“It’s not possible to walk into a bank and get a loan for $300…banks simply don’t provide that kind of loan to anybody. It doesn’t matter how good your credit is or your circumstances,” notes Irwin.

Canada’s oligopoly of five major banks results in relatively little competition in the banking sector, making terms, interest rates, fees and services all very similar from one traditional bank to next. The Big 5 have even been known to coordinate their actions and raise their fees at the same time.

By contrast, five banks expands to 1,400 retail outlets across the country when Canadians consider private payday and instalment lenders. If you include alternative financial institutions and credit card issuers, such as EQ and Tangerine or Home Trust and PC financial, that number expands even further. Competition breeds a wide variety of options, terms and rates that you just can’t find with major banks.

But alternative lenders have their detriments as well:

It’s no secret that alternative loans, also referred to as ‘payday loans’, are high-cost loans. Though the exact percentages vary according to provincial regulations, they are generally much higher than interest rates offered by traditional banks. Take a look:

*Of course, APR stands for annual interest rate, so that rate listed is divided by 365 and applied to each day of the loan term.

The interest rates on traditional bank loans or lines of credit can either be fixed or variable and though they vary, they are usually somewhere near prime (between 3 and 5%) and borrowers usually have up to five years to pay them back.

The Possibility of Predatory Lending 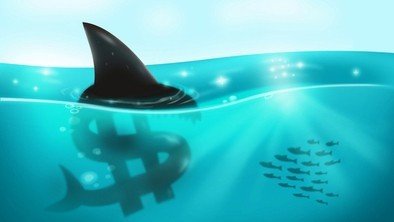 Though the loan industry has become increasingly more regulated since 2007, when payday loans were taken out of the Criminal Code of Canada and given to the provinces to regulate, there are still entities that engage in predatory lending. Regulated companies struggle to distinguish themselves from bad actors who are abusive, unfair or fraudulent in the terms of the loan or the fees that they charge.

“Anyone that goes into a storefront lender in Canada is dealing with a licensed lender because provincial and municipal governments are sending inspectors in to make sure regulatory frameworks are being followed,” says Irwin.

Here are some telltale signs of disreputable lenders:

“We try to bring awareness of these companies by putting notices on our website, but as fast as we bring attention to them, they’re gone,” says Irwin.

The industry is regulated in every province except Quebec and Newfoundland, but those who seek financial products outside the mainstream—the ‘underbanked’—should be hyper-vigilant in researching the terms of loans and credit products they apply for. 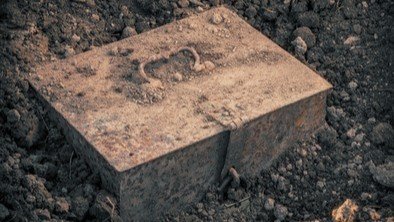 To be honest, there aren’t a lot of benefits to not having a chequing account of any kind, especially if you want to participate in a country where capitalism touches everything.

According to a February 2016 report from UK-based market research firm Mintel, unbanked Canadians are the following:

And it’s a delicate subject, because many people are not unbanked by choice.

“I think often unbanked means the person isn’t the actor, it’s the bank. The bank is unbanking you,” he adds.

A Mechanism of Exclusion

“Even if the unbanked are not a large number of people in Canada, the fact that it’s a mechanism of exclusion and inequality makes it important,” says Gordon.

If you’ve been unbanked for a long-time and you want to come in from the cold and re-establish or initiate a banking relationship, Canada’s banks have financial literacy programs and other low barriers to get the completely unbanked back on their financial feet.

“So if you’re starting to cash a lot of cheques, then you probably should just bite the bullet, get the documents required and open an account.”

Even if a traditional bank won’t entirely meet your needs, the above proves that there are plenty of alternative financial products out there. You might even find a happy medium for your finances by trying out branchless banking or seeking alternative lenders.

< Previous Understanding Canadian Car Loans: Rates, Terms, Financing and More
Next > All You Need to Know About GICs

Great review of the un(der)banked in Canada