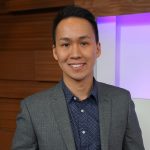 Canadian globetrotters have had a rough ride over the last couple of years. At the start of 2014, $1 CAD was worth 94 cents U.S., but that figured has now plummeted to a paltry 74 cents. To make matters worse, every year there seems to be a sudden spike in the value of the loonie, getting us into a hopeful frenzy, only to be inevitably let down by our currency’s inevitable dip a short while later.

The depressed currency has convinced many Canadians to put travel plans on hold in the hope that the dollar would stabilize, but I don’t subscribe to that mindset. We all need a break now and then, and while there’s no denying that travelling to the U.S. has become more expensive, there are plenty of equally (if not more) exciting destinations where the Canadian dollar still goes a long way. 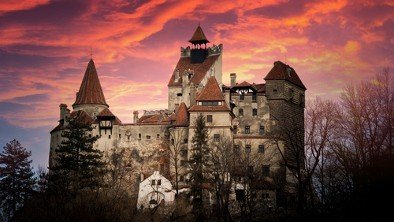 Bran Castle, one of the famed inspirations for Dracula
Image source: Shutterstock

If you’re looking to explore somewhere new in Europe that is budget friendly but full of charm, then step outside the box a bit and try Romania. It’s best known as the home to the legendary Dracula, and it’s easy to see why the stunningly beautiful country caught Bram Stoker’s imagination. Towering mountains, plenty of castles, and colourful, fairytale villages will captivate all types of travellers; whether you’re interested in hiking and the outdoors, history, or just looking to explore somewhere of the beaten path.

Romania remains a relatively untrodden destination when it comes to European travel, which is perfect for those looking to escape the massive tourist crowds of France, Italy, or Spain. Better yet, it’s easy on the bank balance. While prices will vary somewhat throughout the country, you can find a nice, centrally-located hotel room in Bucharest for around $100 CAD per night, or an Airbnb for $30 per night. A full dinner of tuica (a traditional, plum-based aperitif), sarmale (delectable sour cabbage rolls filled with seasoned minced meat), and dessert of placinta cu mere (Romania’s heavenly version of apple pie) will cost around $20-$30 CAD.

Bucharest has no shortage of European charm, but after a few days you’ll want to explore some of Transylvania’s small towns (where prices will be even cheaper). It’s recommended to rent a car so you can stop as you please, but if that’s not an option, then consider taking the local trains rather than the buses. The trains are slower, but they offer a much more scenic journey. 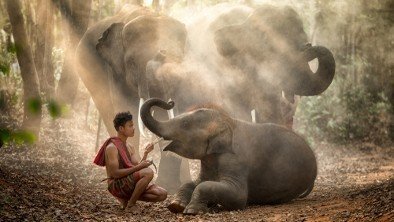 It’s no secret that Thailand is cheap, but it’s not the easiest to get to for Canadians. There are no direct flights to Bangkok, and many of us are hesitant to make the 19+ hour journey. Trust me, once you land and see the temples, taste the food, and get a massage, you’ll be wondering what took you so long to get there.

Truth be told, Bangkok can be a bit overwhelming with its crowds and traffic but it’s not like this all over the country. Chang Mai has a much slower pace of life where you can really experience Thai culture, and if you head to any of the islands, it shouldn’t be that difficult to find your own private paradise.

The best thing about Thailand is that you can really enjoy yourself on any budget. You can easily get a basic room with a fan for less than $20 a day, but you could also “splurge” on a 4 or 5-star property, which would only set you back $120 – $250 per night. Pad Thai from a street vendor is about $2, while meals at a restaurant catered to tourists shouldn’t cost you more than $10 – $15 per person. 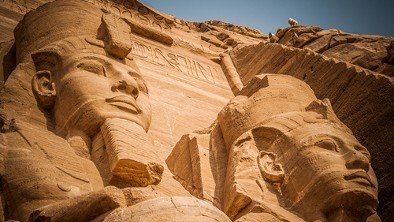 Images of the Egyptian revolution may still be fresh in some people’s minds, but that ended back in 2011 and the country has mostly stabilized since. Egyptians are well known for their hospitality and the welcoming attitude they have toward tourists.

A flight to Cairo will likely cost you about $1,100 CAD, but once you’re on the ground, you can easily find accommodations for $60 – $100 a night. Street food or budget restaurants will cost less than $10 per person. Meals at higher-end restaurants will run about $45 per person, including tip.

As for attractions, Egypt is basically one giant museum. You can visit all the sites on your own, but hiring a guide for the day to take you to the Pyramids, Egyptian Museum and other attractions will only cost you about $60 per person, which is more than worth it considering your guide can tell you the history of the country. Nile cruises are also relatively inexpensive depending on what you’re looking for. For example, you could get a 4-night package that includes meals, transportation, and a private guide for about $400 per person.

Note that Canada does have a travel advisory for Egypt, so you’ll want to check your credit card travel insurance to ensure it’s still valid. If not, purchase a separate plan so you’re covered. 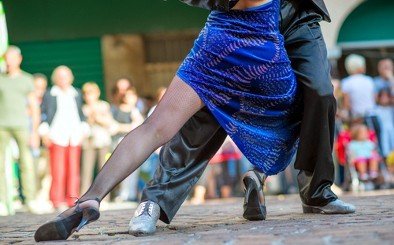 One currency that’s doing even worse than the Canadian dollar is the Argentinian peso, which has fallen off a cliff. Yes, there’s inflation to consider, but a trip to Argentina has never been cheaper for Canadians.

When you roam the streets of Buenos Aires, you’ll wonder if you’ve accidentally gone to Europe with its charming cafe culture and museum scene. Oddly enough, the biggest tourist attraction in the city is arguably Recoleta Cemetery, where some of the most famous Argentinians are buried including, Eva Perón (Evita).

Most people who come to Argentina also take the time to visit Iguazu Falls, Patagonia, or Ushuaia. These eco-adventures may not be cheap, but when you’re paying on average $35 for a steak and wine dinner for two, you might as well splurge on a once-in-a-lifetime adventure. 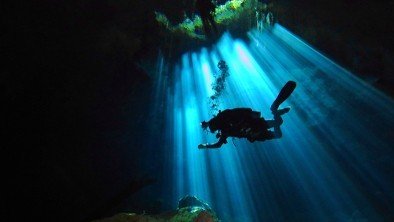 Despite an overall increase in violent crime in 2018, Mexico is still a safe and cheap place to visit as long as you stay in the tourist areas and use common sense when you go off-site.

About a week’s stay at an all-inclusive resort in Cancun, Playa del Carmen, Puerto Vallarta, and Acapulco will cost you anywhere from $900 – $3,000 per person including flights, depending on the type of property you’re looking for. Since all your meals are included, you won’t need to spend much money while you’re there with the exception of tips and day trips. If you do decide to go into town, be sure to ask your hotel for recommendations and have them arrange a taxi or private driver for you. A meal at a local restaurant consisting of a domestic beer and a few tacos will cost you about $8.

Your Money Goes Further Than You Think

Travelling may seem expensive at times for Canadians, but there will always be corners of the world to discover that offer good value. Keep in mind that if you travel during the low season or pick accommodations out of the city centre, you can save even more dough. Additionally, instead of going abroad, you can also consider saving the cost of a flight ticket and having a staycation and exploring some places nearby in Canada. We’ve got some suggestions for some of the best places to visit in Canada from coast to coast.

< Previous The Best Travel Hacks to Help You Save Money!
Next > How to Save Money for a House 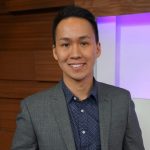