Should Canadians Still Be Thankful This Thanksgiving? 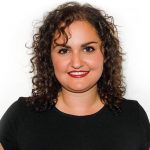 Though Canadian Thanksgiving may not be as widely celebrated as its American counterpart, scores of Canadians nonetheless look forward to this autumnal holiday as an opportune time to get together with family and acknowledge our reasons for gratitude, be they plenty or few. With a second COVID-19 wave already underway in several provinces and mounting uncertainty regarding new movement restrictions and job security, it may be understandably tough to get into the Thanksgiving spirit; but many Canadians are adapting in whatever way they can.

Zoom Could Be Your Only Thanksgiving Guest 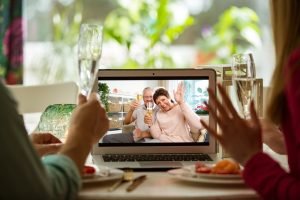 Restrictions on gatherings might make for the most pronounced difference between Thanksgiving this year compared to years of yore, with policy varying widely throughout the country. Indoor gatherings in Toronto are permitted up to a maximum of 10 people; on the other hand, Montreal has implemented a complete ban on indoor and outdoor events of any size, making it increasingly difficult to plan any sort of Thanksgiving celebration. Quebec’s health minister, Christian Dubé, has already asked residents to cancel their Thanksgiving plans in hopes that there will be “greater chances of having a nice Christmas.”

But Quebecers who look forward to Thanksgiving annually aren’t quite ready to toss out their turkeys. Dorval resident Jordan Mills is accustomed to celebrating with up to 20 extended family members at her father and stepmother’s home. “It’s basically just a day to hang out with the family, catch up, play games, and eat,” says Mills.

Mills is trying to find improvised solutions to salvage the festivities despite Montreal’s restrictions, though her plans are weather dependent and involve a degree of rule-breaking in the interest of keeping her holiday traditions intact. “This year we’re talking about doing a picnic-style thing at the park,” she says. Her extended family hopes to sit in individual family units at a short distance, but still close enough to enjoy each other’s company.

Should weather or pandemic policy disrupt Mills’ picnic plans, it won’t disrupt the holiday’s comestible core. She expects her stepmother will go all out in the kitchen as usual, and doubts dinner will be downsized for any reason. “They’re still going to make the supper regardless if we can get together. My dad and stepmom will make the meal and drop it off.” The only anticipated difference, she notes, is that there might be less wine consumed if the family isn’t all together–and there will definitely be more leftovers. 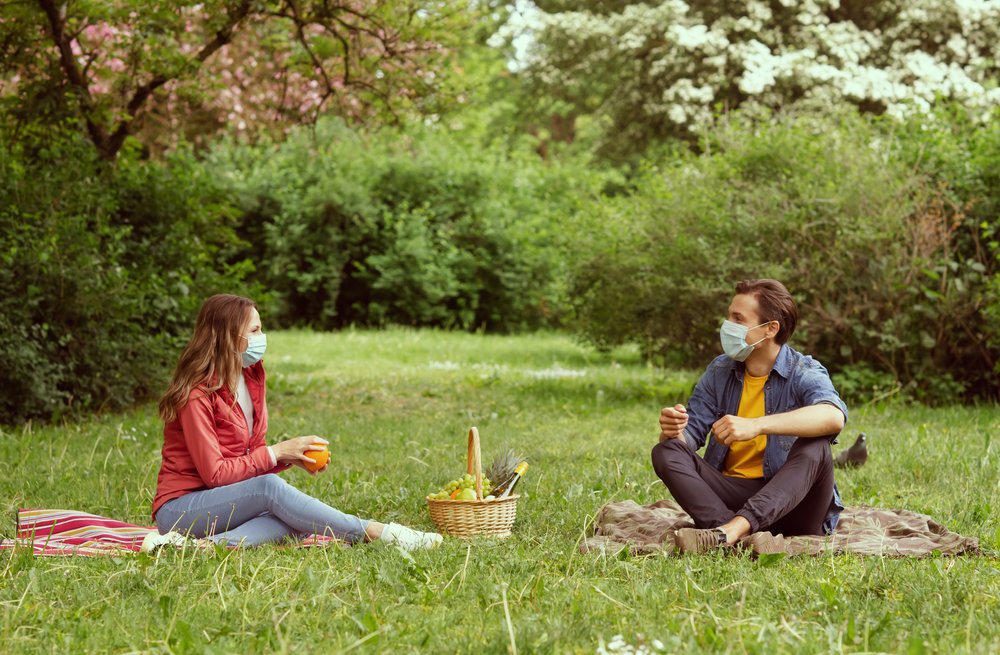 Ontarians, meanwhile, can at least be thankful that there is no outright ban on gatherings in their province, though residents are planning more intimate Thanksgiving dinners than they might normally prefer. Sean Bruno, who lives in Toronto but spends the holiday with his family in Pickering, would typically celebrate with a 20-person feast hosted by his grandparents. This year he doesn’t expect to spend Thanksgiving with anyone outside of his immediate bubble–which includes his wife, daughter, parents, and brother–and he plans on preserving the family-oriented spirit of the holiday via socially distanced visits. “What we’re probably gonna do is head over to my grandparents’ house just to say ‘hi’ to them outside in the backyard,” says Bruno. His extended family will follow this up with a Zoom Thanksgiving dinner. Though the digital compromise may be less than ideal, as Bruno reflects, “At least we’re still kind of together, in a way.”

While it may be disappointing for families to have to spend Thanksgiving apart this year, it could have a silver lining for some: Lighter dinners may make for a lighter financial hit. Bruno says his family plans on getting a smaller turkey and cutting down on the number of sides; many other Canadians are expected to do the same. On the other hand, those who typically wouldn’t host their own meal might see their spending increase slightly. Thanksgiving dinner guests usually don’t spend all that much on the holiday, maybe purchasing a bottle of wine for the host or merely bringing a side dish to fill out the table. Bruno says he and his parents will be splitting the costs of the meal this year, and they’re both likely to spend a little more than in previous years. 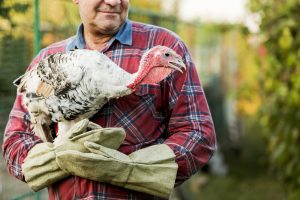 And it’s not only families that are feeling the pinch. In 2019, turkey farmers sold 2.5 million birds for Thanksgiving across Canada, amounting to 39% of turkey sales for the entire year. That number is expected to drop in 2020. According to Global News, one turkey farmer in Gatineau, Quebec reports that while he usually expects to sell between 600 to 800 turkeys, this year the farmer estimates he’ll only sell roughly 450. He also plans to slaughter them at a younger age to adjust for the demand of smaller portions, a drop in standards that has some already feeling nostalgic for pre-Covid Thanksgiving. “The biggest thing is really turkey size,” Bruno jokes. “We’d get a 20-22 pound turkey and that was the topic of conversation, like ‘how big is the turkey this year?’ or ‘it doesn’t even fit in the oven!’ That’s the one thing that’s really kind of gone, and then obviously having everyone together in person.”

Despite a largely negative news cycle and the season’s financial uncertainty, Thanksgiving’s biggest enthusiasts are undiscouraged. As Bruno says, “It’s more just about getting together with the family and being thankful.” – even if that apparently means attending an e-dinner or arguing over who gets the breast of a downsized bird.

< Previous Denied a Personal Loan in Canada? 5 Tips to Get Approved Next Time
Next > Amex’s New Aeroplan Cards: Everything You Need to Know

Total Articles: 20
Montreal-born Alicia Schneider is a digital nomad that specializes in freelance content and travel writing. She has experience writing about financial topics such as invoicing and accounting as well as business technology and software. When she's not writing, she's exploring a new destination that most likely includes sun and a beach. You can see more of her work at aliciaschneider.com.
Read more from this author