The stock market is a mischievous little devil.  Every New Year, plenty of experts try to identify the top stocks to buy and stake their reputations on how they will perform over the following 12 months.  But most short-term predictors end up looking silly, and those that bet correctly once usually fail when they bet again.

CXO Advisory tracked 6,584 expert forecasts between 2005 and 2012.  These forecasters guessed the market’s direction just 46.9% of the time, meaning coin flippers would have beaten them.  Perhaps that’s why Steve Forbes said, “You make more money selling advice than following it. It’s one of the things we count on in the magazine business — along with the short memory of our readers.”

Nonetheless, many investors continue to speculate every year. But such casino-like behaviour will cost them plenty over time, as ‘the house’ almost always wins.  That house being, in investment speak, a diversified portfolio of low-cost index funds. Sure, that sounds boring, as you probably want to beat most index fund investors. It’s a tall order, but it’s not impossible—if you’re willing to sidestep the crowds.

Can You Beat Most Index Fund Investors…with Index Funds?

I’ll share a winning strategy that will take less than one hour a year. You won’t have to follow the stock market, and this method will thump the returns of most professional investors after fees.  It might even beat most index fund investors.

Let’s start with index funds that focus on value stocks, the ugly ducklings of the investment world.  Value stocks are cheap, relative to cash-flow, book value, and business earnings. In other words, they’re beaten-down stocks that nobody really wants, and their names certainly don’t get whispered around the water cooler at work. But they’re one of the best ways to invest your money (ask Warren Buffett).

Over time, value stocks beat high-growth stocks. That might sound like a contradiction, as growth stocks are stocks with fast-growing corporate earnings. They include darlings such as Apple, Amazon, Alphabet (Google), Netflix, and Tesla. But over long-term periods, ugly duckling value stocks deliver swan-like performances, typically putting growth stocks to shame.

Why Value Stocks Prove to Be Long-Term Champs 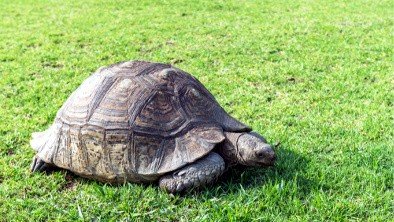 But large U.S. value stocks gave growth stocks a beating over that same time period, averaging a compound annual return of 11.24%. With value stocks that $10,000 investment morphed into $1,470,281.

Value stocks don’t beat growth stocks every year.  Nor do they win every decade. But as you can see in the table below, even with a few lost battles along the way they ultimately win the war and still represent some of the best stocks to buy today.

Don’t Get Sucked into a Growth Stock Trap

Investors typically peg high hopes on growth stocks, which pushes their prices up, and can swell their PE (Price-to-Earnings) ratios. For example, assume a company’s stock trades at $10 a share and that 100 shares exist. Such a company would be worth $1000, if you bought the entire business. If the company sold enough merchandise to earn $100 a year in profits, the company would have a PE ratio of ten times earnings. In other words, the company’s total price (if you bought the entire company) would be ten times higher than the company’s annual profits. In terms of real-world examples, Netflix has a PE ratio that’s almost 96 times earnings. Google (Alphabet) has a PE ratio of almost 39 times earnings. But when PE ratios start to swell, poor performance often follows.

U.S. growth stocks also won over the past ten years. They averaged a compound annual return of 14.57%. U.S. value stocks lagged, averaging 12.07%. As a result, compared to growth stocks, value stocks might be cheaper today than they have ever been before.

I’m not saying value will beat growth this year or next. But over the next ten years, the odds of value winning are heavily in favour.

But U.S. stocks are now expensive. Robert J. Shiller, Nobel Prize winner in Economic Sciences and a Yale University professor, founded something called the CAPE ratio (cyclically-adjusted price-to-earnings ratio). The CAPE ratio determines whether stocks are cheap or expensive, and it’s stricter than a standard price-to-earnings ratio because it doesn’t use a previous year’s business earnings as a measurement. Instead, it averages inflation-adjusted earnings over a ten-year period.

American stocks have done well over the past ten years. Will American equity be the best stock to buy this year? Some precarious metrics cast doubt on this idea: Based on Shiller’s CAPE ratio, they’re now in the nosebleed zone. On November 30, 2018, U.S. stocks traded at a CAPE ratio of 30.74 times earnings. That’s almost double the U.S. stock market’s historical average.

When U.S. Stocks Are This Expensive, Disappointment Follows 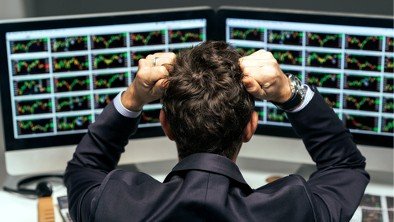 Based on CAPE ratios, the U.S. market has only been this high twice before: in 1929, right before the market crash, and in 2000, right before the “lost decade.” During that decade (2000-2010) U.S. stocks averaged a compound annual return of just 1.2%. That didn’t match inflation. In other words, the rising price of a box of Corn Flakes beat U.S. stocks for a decade.

Compared to U.S. stocks, international stocks are cheap. But they’re currently shunned by many because they haven’t performed as well as of late. Over the next decade, avoiding such stocks could be a huge mistake.

If your portfolio has a growth-stock bias, or if you’ve shunned international shares, it’s time to switch things up and stack the odds in your favour. Vanguard Canada’s Global Value Factor ETF (VVL) is diversified well, and includes 1,144 global stocks, comprising U.S. and international developed market shares. Investors could also buy the iShares Canadian Value Index (XCV) for their Canadian stock exposure, and should add bonds to round out their portfolios. The higher the bond allocation, the lower the short-term risk; but high bond allocations also limit future growth.

You can tweak your existing portfolio (or start a new one) to mimic the index/ETF/bond allocation levels in the table below, or some approximation of them. If you want to cut down on costs, consider circumventing a traditional broker and instead using an online broker with low management fees. Questrade is a good example, as it charges only $4.95–$9.95 per trade, with ETFs free to buy.

If you’re not comfortable designing and rebalancing your own portfolio you might elect to invest in a robo-advisor instead, which matches you to pre-built portfolios. But the same approach applies: Ask to be matched to a portfolio of ETFs with an emphasis on value stocks, emerging market stocks, and European stocks. Then keep adding money, rebalance once a year (or have your financial advisors rebalance for you), and be confident in your strategy.

*Andrew Hallam is the author of the international bestseller, Millionaire Teacher:  The Nine Rules of Wealth You Should Have Learned in School (Wiley 2011, 2017) and Millionaire Expat:  How To Build Wealth Living Overseas (Wiley 2018). He was not financially compensated for the stocks he recommends in this article.

Total Articles: 1
Andrew Hallam is the author of the international bestseller, Millionaire Teacher: The Nine Rules of Wealth You Should Have Learned in School (Wiley 2011, 2017) and Millionaire Expat: How To Build Wealth Living Overseas (Wiley 2018). Each year, he gives dozens of talks around the world, espousing the benefits of low-cost investing.
Read more from this author