How to Protect Yourself From Cryptocurrency Fraud 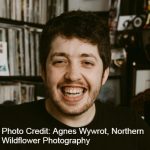 Cryptocurrency fraud is any scam involving digital currency like Bitcoin, Ethereum and Dogecoin. It usually relies on stories circulating in the media of savvy investors making huge profits by exchanging their cryptocurrency for traditional currency at a high point of the digital coin’s value. These scams work by convincing the average person, with considerably less knowledge of the area, that they can cash in too. Of course, in the end, the only one cashing in is the scammer while the victim loses their shirt.

With these scams on the rise and Canadians losing millions, how can you protect yourself?

What Makes Cryptocurrency Attractive to Scammers?

Cryptocurrency has an exchange rate in the traditional currency world, so it represents real money, and wherever money can be made is going to be attractive to scammers. 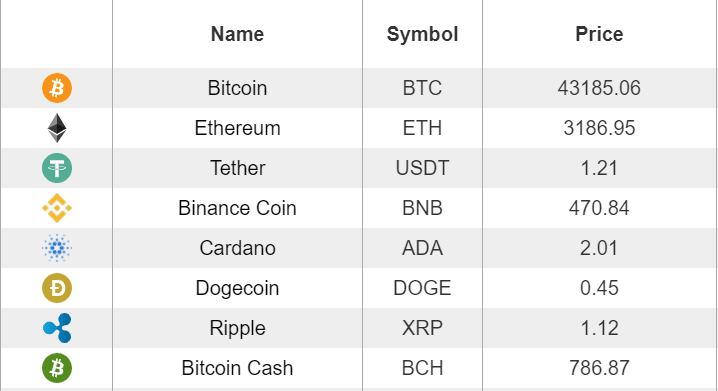 But, more specifically, the libertarian ideals that make cryptocurrency attractive to its investors and pundits also make it attractive to those with nefarious intentions. By nature, cryptocurrencies operate differently than other forms of currency in a few significant ways:

What Are the Most Common Cryptocurrency Scams? 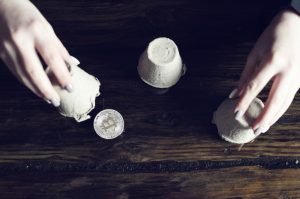 Bitcoin and Ethereum may be at the top of the crypto pecking order in terms of viability, but that doesn’t mean there aren’t countless other coins to choose from, with new ones launching all the time.

That’s why it’s no surprise scammers take advantage of the hype of new cryptocurrency launches and create fake coins for devotees to invest in before going dark, taking all that invested money and disappearing for good.

You inoculate yourself against this type of scam the same way you would against any investment scam in the traditional investing realm: by doing your research.

First, get to know the team behind the new coin. Who are they? Sure, you might find a possibly fake bio on a legitimate-looking website, but if there’s literally nothing else about them on the internet, it’s all smoke and mirrors.

Maybe you find social media, but if the follower count doesn’t match engagement or there are too many followers, but no engagement – it’s fake. Every new cryptocurrency has a white paper outlining its modus operandi and business plan. If there’s no white paper, or they refuse to give you one, stay away. Usually, as a coin reaches ICO, it crowdfunds its operations through a token sale. See if you can track these sales and how many people bought one. If you can’t – it’s a scam. Ask yourself, does the motivation behind creating this new coin make sense and does it seem actually viable over the long term?

In this case, the exchange is a front meant to separate those trying to exchange their cryptocurrency for traditional money. These exchanges usually pop up overnight (sometimes promoting a fake ICO) and promise every new feature cryptocurrency fans yearn for while bragging about how many people invest their cryptocurrency. Eventually, they disappear with the investment money once they have enough.

Sometimes you’ll run across legitimate exchanges that are too small and cannot grow with market demand, so even though they’re real, they are just as risky because they could shut down with no way to give you back your money at a moment’s notice.

Join the cryptocurrency community and start talking to people on forums and news sites. Find out what exchanges people use and which ones to stay away from. Get to know the players and the reputation of exchanges among cryptocurrency users.

Look for clear information on fees and the operation in general. If it’s difficult to find what you will be paying, that’s a red flag. If the exchange won’t take PayPal or a credit card, that’s bad.

Look for a place that requires users to verify their identity multiple times. They should have regular updates to their platform to fix security vulnerabilities and a refund policy if cryptocurrency gets stolen.

Finally, compare exchange rates. Generally, they are similar across the crypto landscape, but if one exchange has a rate much lower than market value, beware!

You’ve heard of Bernie Madoff, but have you heard of the BitClub Network? BitClub Network was a supposed Bitcoin mining operation that never mined any Bitcoin. Instead, they were running a $722 million Ponzi scheme by selling shares in their fake mining operation. Three people were arrested in connection to the scheme in December 2019.

It takes so much computing power to try and crack the cryptographic puzzles that give crypto as a reward for solving them, miners must pay for expensive mining equipment. That’s cost-prohibitive for many, so companies often split the cost with investors who get to split the value of the cryptocurrency with the miner in return.

In this case, no equipment was bought. BitClub Network presented investors with fake mining earning reports and returns that came from previous investors who’d paid into the operation earlier.

Like any Ponzi scheme, if returns seem too consistent, it’s likely a scam. Understand how mining groups usually work before getting involved with one and don’t invest in a company that has difficulty explaining their business plan, has no history or reputation in the cryptocurrency community and no paperwork to back up their claims. If you’re unsure, speak to a lawyer or investment manager for clarity.

Just like with traditional money, investments in cryptocurrency like ICOs can be artificially inflated and then sold or “dumped” when they hit an artificial peak value, benefiting only the original investors with the phony proceeds of selling high while the majority of investors are left holding the bag.

Stay away from tokens, small-cap coins, and altcoins that are the typical targets of pump and dumps. Instead, invest in more established cryptocurrencies with large followings and proven track records that are too big to be manipulated, like Bitcoin and Ethereum. If you just can’t resist investing in the underdog, do your research.

If you get sent a suspicious link rushing you to login to your cryptocurrency wallet because of some emergency, don’t click it. Take a breath, slow down and wait. Contact your wallet provider to see if there’s really a problem.

If you do click the link, (hopefully it’s not a virus) look at the browser and if it has different characters or the website itself looks similar, but not exactly the same. Chances are it’s a scam.

So, Should You Invest in Cryptocurrency?

Like any investment, it’s important to look before you leap and learn more about how to invest in cryptocurrency before you join the craze. The lack of regulation combined with a general misunderstanding around the technology itself makes cryptocurrency particularly ripe for all kinds of scams. So be careful and remember: if it’s too good to be true, it’s probably a scam.

Total Articles: 26
Aaron Broverman is a freelance writer based in Toronto. When he’s not writing about money for publications like Yahoo Canada and GreedyRates, you’re likely to find his nose in a comic book. He likes comics so much, he hosts a podcast called Speech Bubble where he interviews those involved in the comic industry. You can follow him on Twitter: @broverman
Read more from this author