A Guide to the Consumer Proposal - What Is It and How Does It Work? 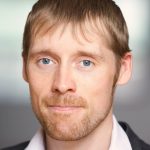 Filing a consumer proposal can make sense for a number of indebted consumers, but not all. In this article we’ll take a look at the advantages and disadvantages of a consumer proposal. We’ll also examine the types of debts that can and can’t be included in it, and give advice for how interested Canadians should file.

What Is a Consumer Proposal?

A consumer proposal is a formal, legally binding arrangement that’s negotiated and administered by a Consumer Proposal administrator, who is also a Licensed Insolvency Trustee (LIT). It protects the individual who’s filing from immediate debt collection from creditors, and was created by the government of Canada as an alternative to filing for bankruptcy.

During the consumer proposal process, you’ll work hand in hand with an LIT to develop a proposal for your creditors. In a nutshell, the proposal is an offer to either pay your creditors a portion of what they’re owed, to receive an extension on your repayment schedule, or both.

You’re required to make payments through your LIT, who in turn pays the money owing to each of your creditors on your behalf.

What Debts Can Be Included in a Consumer Proposal? 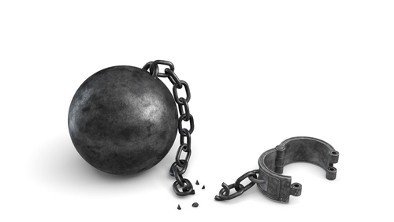 Any type of unsecured debt (debt not backed by an asset, such as your home) can be included in a consumer proposal. Examples include debts from credit cards, unsecured lines of credit, personal loans, payday loans and income tax owing.

Do you have student loan debt? You can only include it if you’ve been out of school for at least seven years. Otherwise, you’ll be personally responsible for paying it off, even after filing the consumer proposal.

If you have a mortgage or a car loan, you may be wondering if you can use a consumer proposal to reduce your debt obligations for those. Since these are considered secured debts (personal assets like your home and car can be repossessed if you fail to make payment in full and on time), they cannot be included as part of a consumer proposal. You’ll need to keep paying your mortgage and car loan payments on time.

How Much Does a Consumer Proposal Cost?

A consumer proposal usually mandates monthly fixed payments (or lump sum payments) over a predetermined time period—most often three to five years in length. Your LIT will then pay your creditors directly as per the terms in your consumer proposal.

Aside from making payments, your consumer proposal might also cost you time spent in financial counselling sessions. You also won’t be permitted to use a regular, unsecured credit card (although you may be able to get a secured credit card, in which you make a deposit).

It’s a good idea to read your consumer proposal in detail to make sure you understand the terms and conditions set out in it before signing. If you have any questions, be sure to ask the LIT involved.

How Long Does a Consumer Proposal Last?

A consumer proposal cannot last more than five years in length, but that isn’t universal—the time that any Canadian spends in consumer proposal depends on the type of proposal they’ve agreed on. And don’t forget: the proposal will stay on your credit report for three years after your last payment.

Is a Consumer Proposal Worth It? 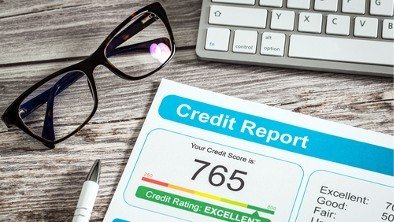 Debt consumer proposals remain the only debt settlement program approved by the Canadian government, and filing a consumer proposal offers a number of benefits which can collectively make the process worthwhile:

Generally speaking, a consumer proposal has less of a negative effect on your credit score than filing for bankruptcy. Consumer proposals tend to result in an R7 rating on your credit report, whereas bankruptcies typically produce a credit rating of R9, which is the lowest possible rating and will most likely hinder you from obtaining credit for the years to come.

Hold onto Your Assets

Are you worried about losing the family home and all your other assets you’ve worked so hard for over your lifetime? Unlike filing for bankruptcy, with a consumer proposal your assets are protected from creditors. You’re able to keep any and all assets included in the proposal, like your home, investments and tax refunds. This is a standout characteristic that often tilts indebted consumers toward a consumer proposal and away from filing for bankruptcy.

Your monthly cash flow can be significantly improved with a consumer proposal, since you’re paying a lesser amount toward and/or extending the period of time allotted to repay your debts.  Interest stops accruing on the date that you file, helping you save money compared to consolidating your debts or taking out a second mortgage on your home.

What Are the Disadvantages of a Consumer Proposal?

While consumer proposals make sense for a number of Canadians, they aren’t a good idea for everyone, and they can have a number of potential drawbacks to be aware of.

The process of completing a consumer proposal typically takes longer than a bankruptcy. When you lower your monthly payment with a consumer proposal, although you’re improving your cash monthly flow, you’re paying your outstanding debts to creditors over a longer time period. That said, if your financial position improves, there’s nothing stopping you from paying off the consumer proposal sooner.

If you don’t have major financial assets like a home or car that could be seized, or you don’t earn a lot of income, filing for bankruptcy may make more sense than a consumer proposal. During your meeting, a good LIT should explain the pros and cons of filing a consumer proposal versus filing for bankruptcy to help you make an informed decision based on your own unique circumstances.

What Are Some Alternative Debt Consolidation and Reduction Methods?

There are some other debt consolidation and reduction methods you could consider aside from filing for a consumer proposal or bankruptcy.

If you own your own home, you might think about getting a home equity line of credit (HELOC) or a second mortgage. Depending on how much equity you’ve built up in your home, you may be able to refinance your mortgage, roll your consumer debt into your mortgage or pay it off with a HELOC at an overall lower interest rate.

Another alternative is a credit card balance transfer. Some credit cards offer promotions where you can transfer your outstanding card and loan balances over to a new credit card and pay zero percent interest for a specified period of time (usually 6-12 months). If you do this, make sure you put an aggressive plan in place to pay off your credit card debt, otherwise you’re not likely to find yourself in a better financial position once the promotional interest rate period is over.

Finally, an alternative to remaining in consumer proposal is to take out a consumer proposal loan. These loans are meant to pay off your outstanding debts to your creditors, and instead you’ll make a single payment on a loan. These payments will be reported to the credit reporting agencies in Canada, which means you can expect your credit rating to improve as long as you make your payments consistently.

How Does an Indebted Consumer Get a Consumer Proposal? 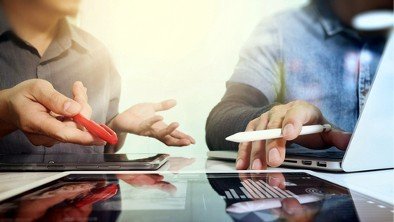 As mentioned, only an LIT can be your consumer proposal administrator. If you believe that a consumer proposal is right for you, your first step is to contact an LIT. You can find an LIT by visiting the government of Canada website and searching for an LIT in your area. You can also find one with a Google search of the term ‘Licensed Insolvency Trustee in [your city name].’

When meeting with the LIT, the two of you will sit down and come up with a repayment plan that is likely to work for both you and the creditors. After signing the paperwork, the trustee will file it electronically with the government. Your creditors can then choose to accept the proposal, propose something else or reject it.

There are no upfront costs for using the services of an LIT. The fees paid to the LIT are already included as part of your payments made to creditors negotiated on your behalf by your LIT.

Once your consumer proposal has been accepted, you’ll be required to make payments according to the terms and regularly attend credit counselling. Once you finish the credit counselling, you’ll receive a certificate of full performance, as you start the process of rebuilding your credit score.

< Previous Credit Union vs Bank
Next > TFSA vs RRSP

Total Articles: 34
Sean Cooper bought his first house when he was just 27 and paid off his mortgage in only three years. An in-demand personal finance journalist, money coach and speaker, his articles have been featured in publications such as the Toronto Star, Globe and Mail, MoneySense and Tangerine’s Forward Thinking blog. He makes regular appearances on national radio and television shows to discuss personal finance, real estate and mortgages, and is also the bestselling author of the book, Burn Your Mortgage. Follow him on Twitter @BurnYrMortgage and request his services on his website.
Read more from this author