Get Your Green On: the Best Places to Celebrate St. Patrick’s Day 2021 in Canada 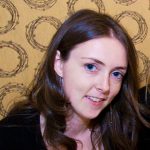 Written by Lisa Jackson
Last updated on May 5, 2021

Some of us might remember St. Patrick’s Day 2020 as the first holiday that was sacrificed due to the COVID-19 pandemic. Now that we’ve come full circle, we can confidently say that it’s been a very long year.

While we can expect the 2021 festivities for St. Patrick’s Day to meet the same fate as last year’s events, that won’t stop us from reminiscing about the good times we spent dawning green, dancing jigs, and celebrating Irish pride at a local parade or pub.

The list of festivities here is from 2019 as we won’t be updating the list for 2021 due to the ongoing lockdowns. So, grab a Guinness or your Irish drink of choice, and take a trip down memory lane with us while admiring the celebrations we took for granted in the years before. We’re hopeful that with the vaccines and a little bit of Irish luck, 2022 will see the biggest St Patrick’s Day parades to ever grace our Canadian streets.

The Irish and Quebecois share a history spanning back 150 years, when waves of Irish immigrants—many of whom were fleeing the Potato Famine—settled in Montreal. In fact, National Geographic voted Montreal as one of the top 10 St. Patrick’s Day celebrations in the world.

On St. Paddy’s Day, raise a glass to this unique Irish heritage at one of Montreal’s Irish pubs, where you can enjoy a pint of green beer with hordes of other revellers. For live music and 50 different single malts, mosey over to Montreal’s oldest Irish Pub, Le Vieux Dublin; or chow down on a hearty bowl of Guinness beef stew at Hurley’s.

After the big day, show your Irish pride at the Montréal St. Patrick’s Day Parade, usually taking place on the first Sunday after March 17 (with this year’s event falling on Sunday, March 17 itself). It’s actually the longest-running of its kind in Canada—uninterrupted since 1824—and you’ll be treated to a three-hour procession of vibrant floats, performers, and partygoers marching along Sainte-Catherine Street.

“The 6ix” is hopping on St. Patrick’s Day, starting with the annual St. Patrick’s Day Parade; but the real bash rages in Irish pubs across Toronto on the big day. Join the St. Patrick’s Day shenanigans at Dora Keogh Irish Pub on the Danforth on March 17, featuring live Irish music, home-style Irish cuisine, and pints galore. Or you can join the Guinness-swigging crowds inside McVeigh’s Irish Pub, a 50-year old family-run drinking hole that’s “seriously Irish.” On P-Day, enjoy cheap bites and beers in a crowded dining room surrounded by portraits of legendary Irish poets and musicians. After a rowdy night out, fuel up on a hearty Irish breakfast at the George Street Diner in the heart of Corktown, an Irish enclave in Old Toronto where famine-fleeing Irish immigrants settled in the 19th-century.

This little town on the prairie always has something fun brewing for St. Paddy’s Day, and it doesn’t necessarily involve beer. On March 17, Saskatoon party-goers are flocking to Winston’s English Pub for the annual “Shamrock Shaker.” A traditional Irish breakfast is being served at 9am, paired with 20oz pints of 21st Street Brewery’s Sláinte Dry Irish Stout. Afterwards, there will be plenty of the “black stuff” (Guinness), Irish pub grub, live Celtic music starting at noon, and a DJ in the evening. For an evening event, mosey over to The Bassment for the St. Patrick’s Day performance with Kim ’n‘ Jim – a music duo who are the original members of Saskatoon’s legendary Celtic band Siamsa.

Did you know that the Irish have called Nova Scotia home since the 1660s? It all began when settler Roger Casey arrived, married an Acadian, and spawned the Caissy family. In fact, Irish immigrants helped establish the province’s capital, Halifax. So if you’re on the East Coast, what better place for a bash on March 17?

Irish or not, Nova Scotians of all heritages love a good party. On St Patrick’s Day, some downtown bars open as early as 7am, and feature Irish music and dancing – as well as some dang delicious Irish stews. One of my all-time favourite bars is the Old Triangle Irish Alehouse, but you’ll have to be an early bird to snag a spot in this popular pub on St. Patrick’s Day.

Why not go green in Canada’s capital city? While most Ottawa pubs will offer some merry-making, the party’s epicentre is most definitely the Heart & Crown in the lively ByWard Market neighbourhood. This cozy drinking den decked out in dark wood is one of five pubs linked under one roof, known as “The Irish Village.” If you go pub hopping in the village on St. Patrick’s Day, make sure to toast to the hard-working Irish-Canadians who built Bytown and the Rideau Canal.

St. Patrick’s Day is bound to be an amazing time no matter where in Canada you celebrate. Just remember one critical Irish word: Sláinte (‘cheers’)!

St. Patrick’s Day is bound to be an amazing time no matter where in Canada you celebrate. Just remember two critical things:

Total Articles: 13
Lisa Jackson is a freelance personal finance and travel journalist, editor, and blogger who contributes to various online and print media outlets in Canada and abroad, including The Globe & Mail, Toronto Star, Islands Magazine, Fodors, BRIDES, Huffington Post Canada, CAA Magazine, The Food Network, West Jet Magazine, NUVO Magazine, and many others. When she's not writing from her home office, she's busy globe-trotting to new destinations in search of her next story.
Read more from this author