5 Famous Wills and What They Teach Us About Estate Planning 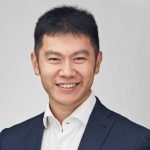 There’s never a dull moment in the lives of the 19th-century London aristocracy. Whether it’s Queen Charlotte’s faithfulness to the King, Eloise’s determination to make her own way in the world or Daphne and Simon’s #relationshipgoals, there are plenty of admirable qualities to which we can aspire.

But where fame and fortune befall our favourite Bridgerton characters, their lives are ever so wrought with drama. Their cautionary tales can warn us of pitfalls to avoid and teach us valuable lessons. While this might not be the most scandalous of affairs, the rich and famous can sometimes be notoriously bad at estate planning. Let’s Lady Whistledown on five famous Wills and dig into what they can teach us about estate planning.

5 Famous Wills of the Rich and Famous 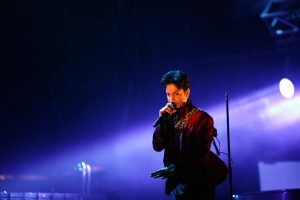 When seven-time Grammy award winner and musical legend Prince passed tragically from an accidental opioid overdose in 2016, he left this world having committed the cardinal sin of estate planning. Prince died without a will, also known as dying intestate, setting off a years-long legal battle over how to split up his multimillion-dollar estate.

Prince died without leaving any instruction on how to distribute neither his estimated $300 million in assets nor the valuable rights to his image and unpublished music catalogue. The fate of his estate was left to the probate court, where a legal process is followed to ensure all debts are paid and assets are allocated to the right beneficiaries.

Naturally, dozens of long-lost blood relations and family infighting over the inheritance have drawn out the process with no end in sight. Prince’s heirs apparent won’t get a cent until his estate is settled in probate. In the meantime, the estate has shelled out tens of millions to lawyers in legal and consultant fees. It’s also reported that about half of Prince’s estate would be subject to a hefty tax bill, owing 40% in federal taxes and another 16% in state taxes. 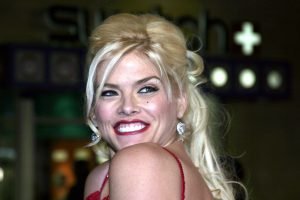 With a net worth of $1.6 billion stemming from a 16% stake in the industrial giant Koch Industries, James Howard Marshall II died in 1995 at the ripe old age of 90. In his will, he left most of his fortune to his son, Everett Pierce Marshall. Everything appeared to be in order with one exception: he didn’t update his will to include the wife whom he had married just 14 months earlier: 26-year-old Playboy model Anna Nicole Smith.

Smith claimed her husband had promised her half of his fortune and forgot to update his will by mistake. She ended up challenging the Will in court and kicked off an infamous court battle that continued over the next 20 years. After several dramatic twists and turns, legal proceedings initially awarded Smith $475 million. The ruling was ultimately denied by the Supreme Court in 2011, years after Smith died from an accidental drug overdose in 2007.

Just in case that wasn’t enough to convince you that you need to update your will, Smith’s will left what remained of her estate to a sole beneficiary, her son Daniel, and specifically excluded other children. Unfortunately, Daniel had died a year before Smith and the outdated will left nothing to her daughter, Dannielynn, who was just a year old at the time. 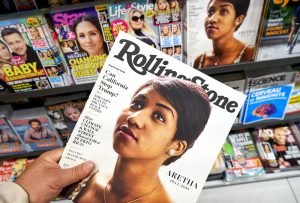 When she passed in August 2018, Queen of Soul and eighteen-time Grammy award winner Aretha Franklin left behind an estate worth an estimated $80 million. At first, Ms. Franklin was believed to have died intestate and the inheritance was to be distributed equally to each of her four sons under Michigan succession laws.

Legal proceedings switched gears in mid-2019 when the estate’s executor discovered three documents, some hiding under sofa cushions, that appeared to express Ms. Franklin’s final wishes. These documents, written between 2010 and 2014, were presented to a probate judge to decide whether any of them are considered valid wills.

Though unwitnessed and at times illegible due to the significant mark ups, cross-outs and notes, the documents may technically be considered legally admissible. Michigan state law stipulates that handwritten wills can be admitted without witnesses as long as it’s signed and dated with “material portions” drafted in the testator’s handwriting.

Rather than distributing the estate’s assets equally among her four sons, the 2014 version of her will doesn’t include the eldest son as a beneficiary. The discovery of the wills triggered a family feud with no end in sight. Ms. Franklin may have taken the time to express her final wishes but she left her loved ones with the unpleasant surprise of having to guess her intentions. 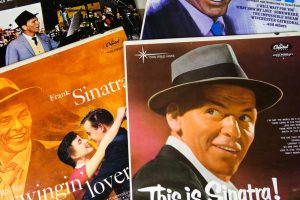 Iconic eleven-time Grammy award and three-time Oscar-winning crooner, actor and producer Frank Sinatra built up an incredible legacy during his storied career. When he passed in May 1998, he left behind three children from his first marriage, a string of ex-wives and a substantial estate now reported to be worth somewhere between $200-$600 million.

Ol’ Blue Eyes, likely aware of the divide that such an inheritance could create, included very detailed instructions in his will regarding the distribution of his estate. He accounted for everything from cash and investments, real estate and personal property to rights and royalties- leaving them to his wife, former wives, children, and others. His attention to detail went as far as leaving his sheet music to his eldest son, Frank Sinatra Jr.

The most interesting part of Mr. Sinatra’s Will came in the form of a “No Contest Clause” to prevent any fighting over his millions. The clause stated that any beneficiary or legal heir would be specifically disinherited if he or she “contests this Will or, in any manner, attacks or seeks to impair or invalidate any of its provisions.” Known as a perfectionist, Mr. Sinatra’s thoroughness ensured a smooth execution of his final wishes and just goes to show he knew what he was doing when he “did it my way.”

When James Doohan, a.k.a. Montgomery “Scotty” Scott of Star Trek fame, passed in 2005, his final wish was for his ashes to be laid to rest among the stars. While a number of official requests to bring his ashes to the International Space Station (ISS) were originally denied, Scotty’s ashes appeared to make their first flight into space aboard a SpaceX Falcon 9 rocket in 2012.

It turns out that the launch aboard the SpaceX rocket wasn’t Doohan’s first trip into space; his ashes had actually made it to the ISS in a clandestine operation four years earlier. Private astronaut Richard Garriott recently revealed that he smuggled some of Doohan’s ashes and hid them in the Columbus module during a 12-day mission in 2008 – a secret he and Doohan’s family kept for more than a decade.

The USS Enterprise’s chief engineer has travelled nearly 1.7 billion miles through space, orbiting the Earth over 70,000 times and will continue to go boldly where no one has gone before.

What Famous Wills Teach Us about Estate Planning

According to a survey, 51% of Canadians don’t have a will because they think they’re too young to worry about it or they think they don’t have enough assets. This means that a majority of Canadians could die without a will just like Prince. No one really knows why Prince put off the task of creating a will even if he did know that “all good things, they say, never last.” Like many, he probably didn’t like thinking about an unexpected death and may have just fallen victim to procrastination.

According to Erin Bury, CEO at Willful, an online service that can help you create a will, “30% of Canadians say they don’t have a will because they keep putting it off. Many find thinking about their deaths, and their loved-ones, to be very difficult, so they avoid the topic.” If you haven’t started yet, now is the best time to get working on a Will.

“Your life is always changing,” says Bury, “which means your end-of-life wishes may change as well!” Some reasons to consider updating your will can include:

Willful recommends reviewing your will every 6-12 months. While you might not need to make changes every single time, this can help to ensure you haven’t missed anything or anyone (like a spouse 62 years your junior).

Tell Loved Ones About Your Will 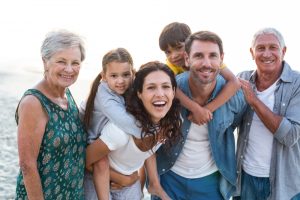 In Canada, you can’t make multiple copies of your will to share with family members. “Only the original physical copy of your will is legally valid. It must be printed and signed in wet ink,” warns Bury. Store your original copy somewhere safe, in a place that’s not under your sofa cushion but that is known and accessible by your executor.

If you’re keeping it at home, Willful recommends storing it in a fireproof box or bag. Another good option is a safety deposit box, but double-check with the bank to ensure that your family or executor can have access if you pass away. If you register your will at CanadaWillRegistry.org, it can help your executor find the location of your will if they forget, or if you forgot to tell them.

Think of the Family

“A will is like a blueprint for your family after you pass away. Putting pen to paper and formalizing your end-of-life wishes is the best way to reduce disputes,” adds Bury. The Chairman of the Board was crystal clear and left no room for any unanswered questions about his funeral, burial wishes, or distribution of his assets. Save your family the grief by doing the same and they will thank you for it.

According to a 2020 Angus Reid survey, over two-thirds (66%) of Canadians don’t know their spouse’s end-of-life wishes. Understandably so, since it can be hard to talk about end-of-life planning, much less conceive of the unthinkable. Nonetheless, it’s important to discuss things like burial wishes and funeral arrangements with your family so there aren’t any surprises when you journey into the final frontier.

Prince, Howard Marshall II, and Aretha Franklin set the standard for estate planning faux pas. Dying without a will only sticks your loved ones with legal disputes and potentially massive tax obligations.

Dying with an outdated or indecipherable will is no better. You can still subject your loved ones to legal bills and years of stress and confusion. Doohan’s clarity of vision and Sinatra’s planning and foresight helped to establish an enduring legacy that honours their memories.

Making a will doesn’t have to be complicated or expensive. There are services that allow you to create a will quickly and easily online. For example, Willful can walk you through creating a will for as little as $99. The most important thing to remember is that the worst type of will is none at all. Life is full of unexpected twists, and tomorrow is never guaranteed. Having a will in place will bring you extra peace of mind, knowing that your loved ones will be protected no matter what happens.

< Previous Should I Refinance My Mortgage?
Next > 15 Ways to Save on Home Insurance

Total Articles: 14
Daniel Teo is a personal finance expert and travel writer based in Toronto. With a passion for financial literacy and a wanderlust that has brought him to over 30 countries, his stories touch on what’s possible when you achieve financial goals. His work has appeared in The Globe and Mail, the Toronto Star, CBC and on BNN.
Read more from this author